REVIEW: The Cruel Prince (The Folk of the Air #1) by Holly Black 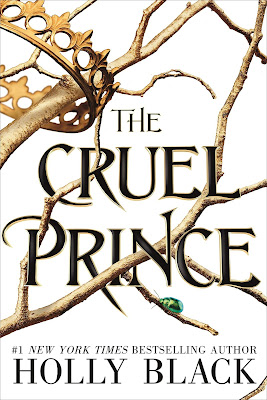 Of course I want to be like them. They’re beautiful as blades forged in some divine fire. They will live forever.
And Cardan is even more beautiful than the rest. I hate him more than all the others. I hate him so much that sometimes when I look at him, I can hardly breathe.
Jude was seven when her parents were murdered and she and her two sisters were stolen away to live in the treacherous High Court of Faerie. Ten years later, Jude wants nothing more than to belong there, despite her mortality. But many of the fey despise humans. Especially Prince Cardan, the youngest and wickedest son of the High King.
To win a place at the Court, she must defy him–and face the consequences.
As Jude becomes more deeply embroiled in palace intrigues and deceptions, she discovers her own capacity for trickery and bloodshed. But as betrayal threatens to drown the Courts of Faerie in violence, Jude will need to risk her life in a dangerous alliance to save her sisters, and Faerie itself.
MY REVIEW

I’ve been thinking a while about how to write this review and my head is still spinning after everything that happened in this book, even after a week since I finished it.

The Cruel Prince is the first installment in the Folk of the Air series and it’s a well-written novel, which will lure you into a magical world. I absolutely loved the fairy realm, the world-building was fantastic and complex. But I had a hard time liking some of the characters.
“I have lied and I have betrayed and I have triumphed. If only there was someone to congratulate me.”
The book starts with bloody murder. Jude and her sister, Taryn, were brought into the fairy world after Madoc killed their parents. The general adopted them, raising them with their step-sister Vivi, but that does not mean that the other inhabitants of the Faerie tolerated them. The novel is centered around the relationship between prince Cardan and Jude. It's a permanent game of cat and mouse between them. Each wants the other, but none is willing to give in and acknowledge their feelings. The two are fighting for power, over each other and over the king’s court. Jude has only the constraint of the oath which the king has made to her. While Cardan knows how to get what he wants through more emotional means.

“Cardan’s gaze catches mine, and I can’t help the evil smile that pulls up the corners of my mouth. His eyes are bright as coals, his hatred a living thing, shimmering in the air between us like the air above black rocks on a blazing summer day.”

Jude had a very interesting evolution, my feelings for her changed with the "metamorphosis" of the character. If at first, I couldn’t stand her, by the end of the book I really liked her. I think I can say that Jude is the type of character that is gradually maturing, but the things she does are sometimes at odds with the choices a regular hero would make.
" Instead of being afraid, I could become something to fear."

Cardan is one of the sons of the High King, the youngest and the one with probably the most vices. Built almost entirely from flaws, Cardan met all the criteria to become a successful antagonist: Glacial, Mocking, Opinionated, Vain, Unstable, a Drunk. I think he would have been a successful liar too, but unfortunately for him, Fairies can't lie. When the author began to reveal more about his character, I began to warm up to him to the point of him becoming my favorite character in this book.

The first half of the story dragged a bit, but the second half was explosive. There were surprising turns of events, murders, and an unexpected ending. This book has set a good foundation for the rest of the series and I’m excited to start reading the next installments. 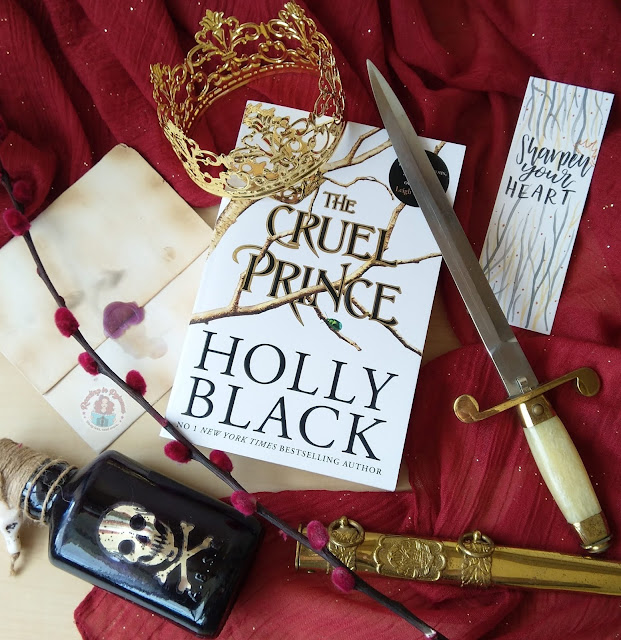