review: unravel me (shatte me #2) by tahereh mafi 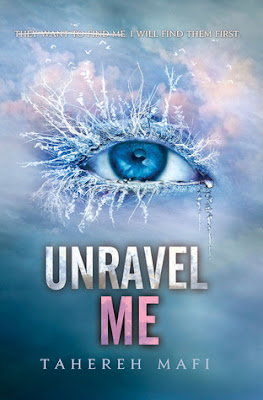 
BLURB:
It should have taken Juliette a single touch to kill Warner. But his mysterious immunity to her deadly power has left her shaken, wondering why her ultimate defense mechanism failed against the person she most needs protection from.

She and Adam were able to escape Warner’s clutches and join up with a group of rebels, many of whom have powers of their own. Juliette will finally be able to actively fight against The Reestablishment and try to fix her broken world. And perhaps these new allies can help her shed light on the secret behind Adam’s—and Warner’s—immunity to her killer skin.

Juliette’s world is packed with high-stakes action and tantalizing romance, perfect for fans of the Red Queen series by Victoria Aveyard and the Darkest Minds trilogy by Alexandra Bracken.

Ransom Riggs, #1 New York Times bestselling author of Miss Peregrine's Home for Peculiar Children, raved: "A thrilling, high-stakes saga of self-discovery and forbidden love, the Shatter Me series is a must-read for fans of dystopian young-adult literature—or any literature!"

Unravel Me is the second installment in the Shatter Me Series and continues where the first book left off. Diving into this book, I had no idea how captivated I would become with all the characters and Tahereh Mafi’s writing style. I loved how the first book was written, with all the metaphors and the witty play of words, and as I progress reading this series I become more enthralled with the prose.

“I have a heart, says science, but I am a monster, says society.”

The first third of the book presents Julliete’s “metamorphosis”. Although she still cries a lot and blames herself for every bad thing that happens, slowly she becomes more confident in her abilities and hardening herself to her surroundings. It felt like she was emerging from a cocoon and becoming a stronger person.

“It’s strange. How hollow I feel. Like there might be echoes inside of me. Like I’m one of those chocolate rabbits they used to sell around Easter, the ones that were nothing more than a sweet shell encapsulating a world of nothing. I’m like that.”

Adam is keeping secrets from her and that makes their relationship fall apart. I was frustrated with how he acted throughout the whole book. I get why he made some of his decision but hell… he became a different person, he was angsty and needy and by the end of the book, I found him infuriating.

One character that pleasantly surprised me was Kenji, I enjoyed his banter and effervescent personality a lot. He is the glue of the team, he always knows what to say to make everyone around him feel confident and he would gladly sacrifice himself for his friends.

“That’s because you’re not fragile,” Kenji says. “If anything, everyone needs to protect themselves from you. You’re like a freaking beast,” he says. Then adds, “I mean, you know—like, a cute beast. A little beast that tears shit up and breaks the earth and sucks the life out of people.”

And then comes in Aaron Warner who completely shattered my heart. If I thought he was interesting and intriguing in the first installment, in this book I found him completely irresistible. All his life his been abused by his father and made into the perfect soldier and he just has so much sorrow and pain harbored deep inside that it’s really hard for him even to think that he could be a good person. He is not the horrible monsters everyone thinks he is. He tries to maintain a tough facade but deep down he is a kind soul. And OMG chapter 62 was EVERYTHING. I inhaled every word, every comma, every pause. His scenes with Juliette are overflowing with emotion and sexual tension and I just want to print that chapter and pin it on my wall. Yeah, I’m team Warner forever!!

“Don't do that," he says. "Don't ask me questions you already know the answers to. Twice I've laid myself bare to you and all it's gotten me was a bullet wound and a broken heart. Don't torture me," he says, meeting my eyes again. “It's a cruel thing to do, even to someone like me.”

I enjoyed the plot twists and the dramatic moments throughout this book and the cliffhanger at the end got me even more curious about what is going to happen next. 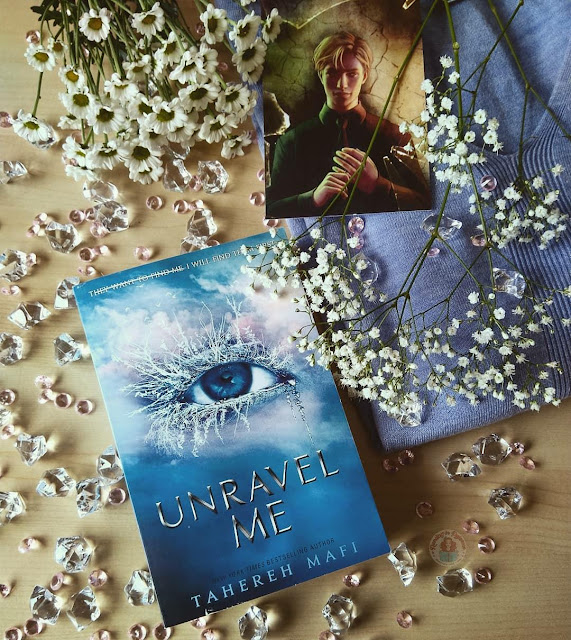