REVIEW: THE WICKED KING (THE FOLK OF THE AIR #2) BY HOLLY BLACK 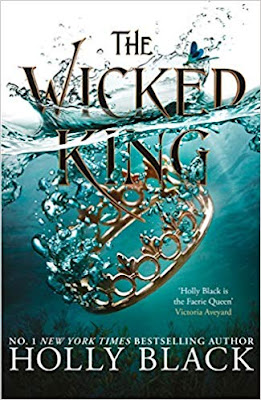 You must be strong enough to strike and strike and strike again without tiring.
The first lesson is to make yourself strong.
After the jaw-dropping revelation that Oak is the heir to Faerie, Jude must keep her younger brother safe. To do so, she has bound the wicked king, Cardan, to her, and made herself the power behind the throne. Navigating the constantly shifting political alliances of Faerie would be difficult enough if Cardan were easy to control. But he does everything in his power to humiliate and undermine her even as his fascination with her remains undiminished.
When it becomes all too clear that someone close to Jude means to betray her, threatening her own life and the lives of everyone she loves, Jude must uncover the traitor and fight her own complicated feelings for  Cardan to maintain control as a mortal in a Faerie world.


“Power is much easier to acquire than it is to hold on to.”

The second book in The Folk Of The Air series, The Wicked King beggings five months after  Jude has overthrown Madoc’s plans and put Cardan on the throne of Elfhame. The new High King is bound to her command for a year and a day and she manages to carefully pull his strings into doing what she thinks is right for the safety of her little brother Oak. Jude becomes the High Kings seneschal, making decisions and handling the Court’s affairs from the shadows. But when the pressure becomes too much and someone tries to kill the King, she finds out that someone close to her has betrayed her.

“The point of a fight is not to have a good fight, it’s to win.”

I felt like the majority of the characters in this book are evil. They betray each other constantly. Morality exists only in shades of gray and all choices are made for selfish reasons giving the story a dark vibe. If in the first book I thought Jude’s character arc had a good evolution, now it felt like her personal development wasn’t as significant. She makes the same mistakes as before, she takes on to much responsibility and gets overwhelmed and she can’t trust anyone around her. The power game between Jude and Cardan evolves through lies, hatred, manipulation, and desire. There is a burning attraction between them and both fight so hard to deny it. The angst and banter are delightful and I enjoyed their private moments a lot. For me, Cardan remains the delight of this series and I think I would have liked this book even more if it was written from his perspective. That malicious smile that makes you fear him because you don’t know what he’s hiding, the way he plays with words, his nonchalant behavior, the way he accepts Jude’s commands even though he wants to rebel against her, all make him such an interesting and complex character.

“I have said that he has the power to deliver a compliment and make it hurt. So, too, he can say something that ought to be insulting and deliver it in such a way that it feels like being truly seen.”

As for the world-building, yet again I am fascinated by Holly Black’s imagination. The world of Faerie is just as beautifully described, seasoned with magic, mystery, and action. The dark powers of the realm are still as prominent and sinister as in The Cruel Prince. The fantasy universe created by the author is what I love most about the series.

The ending caught me by surprise. I did not see that twist coming, even though with all the scheming and plotting that went on in this book I should have prepared myself for something big. Seeing Cardan truly take the rain of the realm and mastering the great power within him was such a treat. I can't wait to see how things turn out in the last installment.

“A king is a living symbol, a beating heart, a star upon which Elfhame's future is written. Surely you have noticed that since his reign began, the isles are different. Storms come in faster. Colors are a bit more vivid, smells are sharper....” 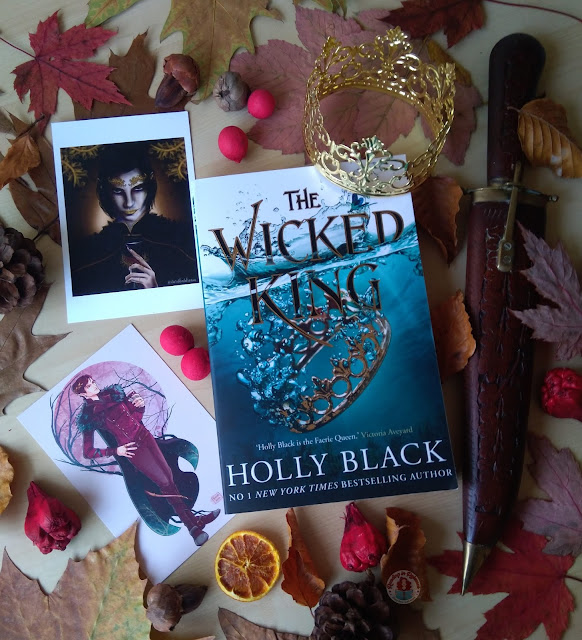