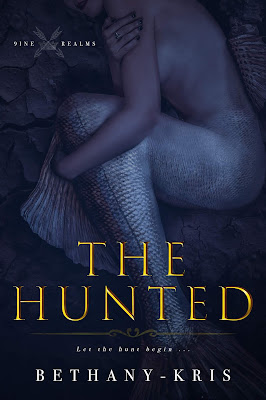 Let the hunt begin …
After witnessing the murder of his mother by a mermaid, Prince Eryx Bloodhurst of Atlas makes a deal to sedate his need for vengeance: they’ll catch the mermaid who did the deed, but he’ll pay for it with his crown.
Arelle, third princess of the Blu Sea, has never known the true cruelty of the forbidden lands firsthand, but she will soon. The halfling prince with murder in his eyes and the sea’s songs in his blood will make sure of that.
He should kill her.
Perhaps, keeping her might be worse.
Two kingdoms are falling. One king is losing it all and another threatens to ruin everything. The rules of the land and sea are changing. Secrets of the past are spilling.
And all because of a prince and his little mermaid—whether they live or die—nothing in the realm will ever be the same.
*
In The Hunted, Bethany-Kris opens a new world—the 9INE REALMS—for readers with a dark fairy tale retelling, and pulls inspiration from the cult classic favorite and the Hans Christian Andersen original to redefine what it means to be The Little Mermaid.

“You never tried to run.”
So many did.
And were killed for it, too.
“No,” his mother said quietly.
“Why?”
Anthia’s walk came to a stop, and so did Eryx’s beside her. Her violet eyes—the one thing he hadn’t taken from his mother because he wasn’t full-blooded like she was—met his blue stare, and he mirrored her soft smile. “Now, that, you really should know the answer to.”
“I think I do.”
“But maybe you want me to say it?”
“Maybe,” he agreed.
“For you. I never ran because of you.”
So yes, he had known. He was just selfish enough to admit he liked that answer, too. Even if he shouldn’t.
“Do you know why else I sang to you?” his mother asked. “When you were little, I mean.”
“I don’t even remember it.”
“Not here,” his mother said, pointing at her right ear and winking. Then, she pointed at her heart before also gesturing at her mind. “But in these places, you can’t forget them. The water songs—the siren’s calls, Eryx. It’s the thrall of the mermaids. Families hear them singing for miles. Mates, even farther. Through waters and storms and wars … we hear them inside. You hear them, too. Why did you think you came to find me here?”
“I thought the songs were a way of warning …”
Anthia grinned. “Or a way to call someone home.”
The wind blew again, and this time, his mother sang with it, the melody twisting and curling with the breeze and through the trees. He stood right beside her, heard the song as clear as day, but it almost seemed to echo within him, too.
Except when she stopped …
Well, the song didn’t.
But it wasn’t his mother singing anymore.
Anthia’s head tipped up, and the paleness of her face became far more prominent when her eyes widened like the two moons beginning to peek through the heavy, dark clouds overhead. The song continued on, coming closer and … higher?
Eryx looked upward into the fruit trees. “Who is sing—”
His mother made an inhuman noise. “Run.”
His stare snapped back to his mother. “What?”
“You’re more like them than us, and that’s all the mermaids will see. Run, Eryx.”
She didn’t give him the chance to argue about it. The singing in what seemed like the trees above them came louder with every passing second. Her hand locked around his wrist, and she darted back up the channel of high water fruit trees. She ran like the wind, but he was still faster. It didn’t matter because he stayed behind her as they weaved through the narrow trail beside the trees, avoiding low hanging branches that swung in the suddenly heavy winds.
The storm had arrived. He should have listened to the rustling of the leaves. The creak of branches.
He might have heard the mermaid when she dropped down on top of them. Except he didn’t. Not until it was too late.
Red hair and violet eyes. Fingernails sharpened like claws that dug into his throat and teeth bared with a vicious hiss slipping past snarling lips. She was naked, shifted from her water form to walk on land although she attacked from the trees.
Eryx’s mother’s screams pierced through the howling winds, but from which direction he couldn’t be sure. All he could see was violet eyes and fire-red hair intent on ripping the throat right out of his fucking neck. 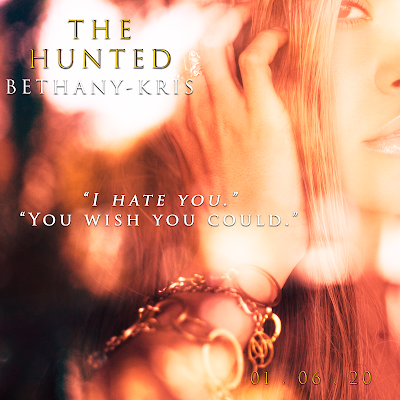 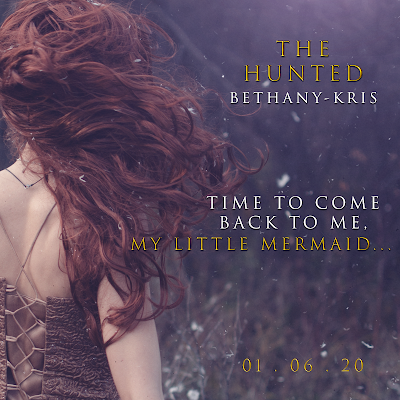 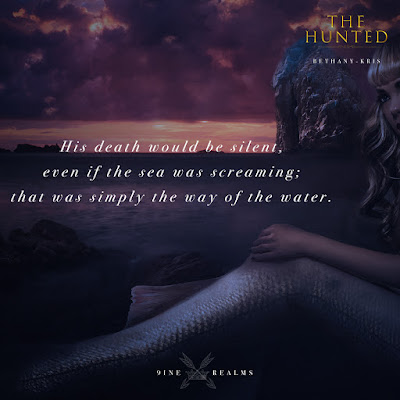 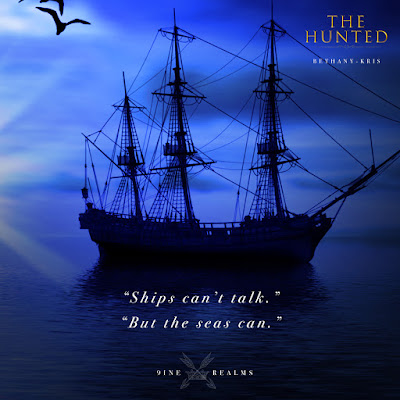 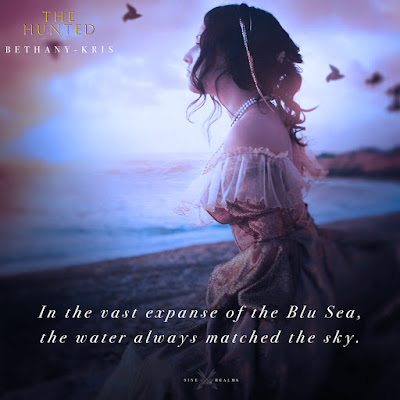 The Hunted is the first book I read from author Bethany-Kris and I've thoroughly enjoyed it. This was a dark and very loose retelling of The Little Mermaid, which I personally prefer because it's more interesting this way rather than reading the same story over and over again. The writing style was easy to follow but had enough angst and plot twists to keep me captivated until the end.

In this twisted fairy tale, the heroine is no damsel in distress but a headstrong, resilient and kindhearted princess of the sea and the hero, well... he is charming...wickedly so...but he doesn't seek to save the mysterious mermaid who haunts his dreams but rather to kill her. The book was full-on action, well-paced and had a lot of intrigues. I liked the world-building and the complexity of the characters. Arelle and Eryx start off as enemies but the bond that solidifies between them turns hate into love. The push and pull between them were beautifully presented, all the tension and emotions flew from the pages, and there were some steamy sex scenes that put my imagination in overdrive.

There was obviously a romance building going on but the story was more than that, it depicted a war between humans and merpeople and the cruelty, greed, and viciousness and on both sides. The ending was explosive and heart-gripping, there was so much going on in the last chapter. I loved how things turned out for Arelle and Eryx, I liked them as a couple very much, they were a perfect fit. It was indeed a gritty and captivating story and I'm looking forward to reading more from the author.

ARC was kindly provided for an honest review. 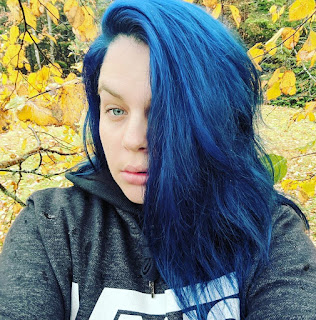 Bethany-Kris is a Canadian author, lover of much, and mother to four young sons, two cats, and three dogs. A small town in Eastern Canada where she was born and raised is where she has always called home. With her boys under her feet, snuggling cats, barking dogs, and a spouse calling over his shoulder, she is nearly always writing something ... when she can find the time. 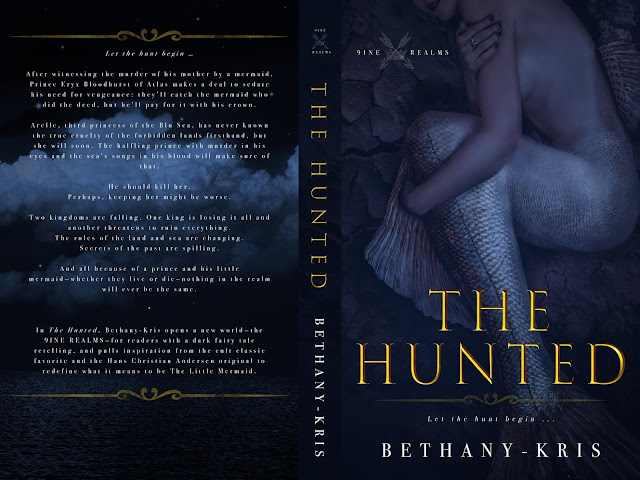