Release Day + Review: Married to my Enemy by Vivian Wood 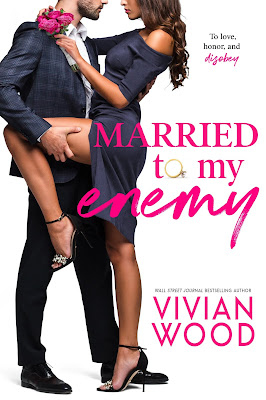 Title: Married to my Enemy

Married To My Enemy -- A Steamy Enemies To Lovers Romance by Vivian Wood is Now LIVE!!!

This steamy enemies to lovers story is full of white-hot romance: drunken Vegas weddings, heated words that turn into seductive whispers, and a love that blooms in the most unexpected place...

To love, honor, and disobey.
I didn’t mean to marry Luca Leone one drunken night.
He may be the hottest guy I know, but he’s still a total jerk.
His sly smile, his massive height, and his muscular body just don’t make up for how cruel he can be.

Once our drunken haze wears off, he has a proposition for me.
Stay married for two months, just until his ex’s wedding.
And he offers something I really need: ten thousand dollars to save my family home.
The only issue is that I’m forced to spend time with him, at his house and at his bar, often late into the night.

Soon our feisty arguments turn into the hottest hookups of my life.
I can’t resist him. Once I get past his prickly exterior, Luca is just plain smoking hot.
We are both hung up on our mutual pasts, not ready for the flame growing between us.
But we are about to come face to face with the fire we’ve ignited... 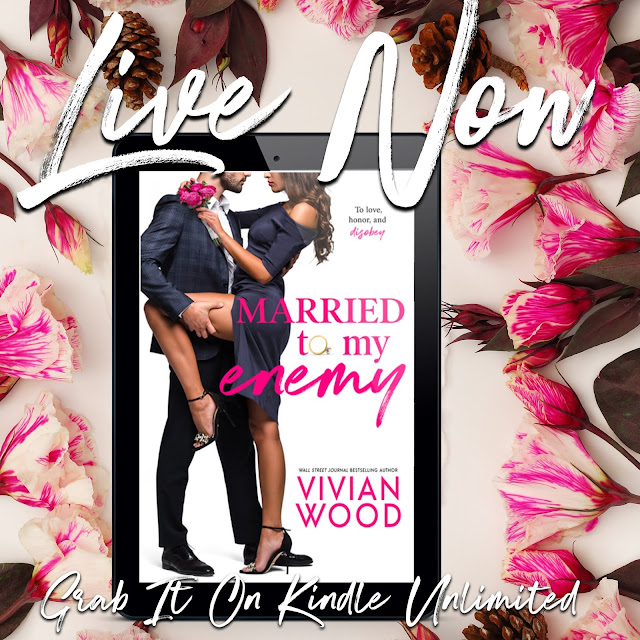 Another fun and entertaining story from Vivian Wood. Enemies to lovers is my favorite trope so when I saw the title of this book I knew I just had to read it and oh boy... it was a crazy ride.
Married to my Enemy starts off with a bang. Cate and Luca have known each other for nine years and can't stand one another. They are constantly bickering and she is fairly convinced that he is a major bully and her greatest enemy. But things are about to change when they go to Vegas to celebrate Luna's birthday, who is Cate's best friend and Luca's sister. Things become complicated when Cate and Luca get married after drinking and partying too much. Neither seems to recall how it happened and they agree that the best thing to do is to get an annulment. It seemed fairly simple until Luca's ex-fiancee invites him to her wedding and he convinces Cate to postpone the annulment and live with him for two months and go to this event together.
The banter and built-up tension between the protagonists were priceless. I loved every interaction between them. One moment they were arguing the other they were all over each other. Their relationship may have started the wrong way but they were perfect for each other in the end. The chemistry was off the charts but there were also serious moments that added character to the story.
Hot, dramatic and with characters who explode off the page, this book got me hooked until the last word. I loved the ending even though I would have liked to see more into Cate and Luca's future but I'm hoping we'll get to see them again because Luna's story is coming up next and I got a feeling it's going to be a blast.
I voluntarily read this book for an honest review. 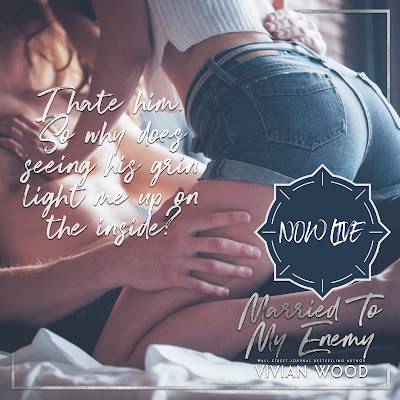 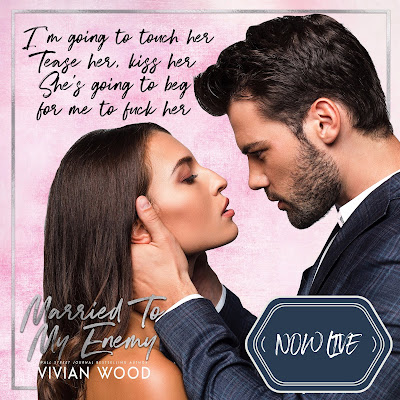 Author Bio:
Vivian likes to write about troubled, deeply flawed alpha males and the fiery, kick-ass women who bring them to their knees.
Vivian's lasting motto in romance is a quote from a favorite song: "Soulmates never die."