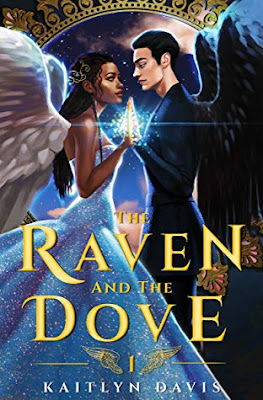 A princess longing to be free...
On the dawn of her courtship trials, Princess Lyana Aethionus knows she should be focused on winning her perfect mate, yet her thoughts wander to the open sky waiting at the edge of her floating kingdom. One final adventure calls. Upon fleeing the palace, the last thing she expects to find is a raven prince locked in a death match with a dragon.
A bastard aching to belong...
Reviled son of a dead king, Rafe would do anything for his beloved half-brother, Prince Lysander Taetanus, including posing as him in the upcoming courtship trials. When a dragon interrupts their secret exchange, he orders his studious sibling to run. After suffering a fatal blow, Rafe is saved by a beautiful dove who possesses forbidden magic, just like him.
Fate brought them together, now destiny will tear them apart...
Unknown to the world above, on the foggy sea ten thousand feet below, a young king fights a forgotten war. He believes Lyana is the queen prophesied to save the world, and with the help of his favored spy, hidden deep in the highest ranks of the dove royal house, he will stop at nothing to have her.

I'm a big fan o retellings and I was intrigued when I read the blurb o this book. A retelling of Tristan and Isolde!? yes, count me in. So I was ecstatic when I received an arc of The Raven and The Dove, and dived right into it immediately.The story was intricate and told in multiple POV, which most of the time I don't like because it can become confusing, but it worked perfectly in this situation. The book opens with a dramatic scene, a battle with a dragon, and it's fair to say it captured my attention from the start. The author introduces us to a fascinating world. There are several aviary clans and they are beautifully presented, each house with its particular traits and beauty, and I liked the association between human and bird traits. The magic system was interesting, based on nature's elements, and though I liked the concept, I feel like it needed to be explained a bit more.

"Let’s pretend we’re not in a castle, but a deep, dark cave. Let’s pretend I’m a dove with no name and title, and you’re a raven with no past."

The action is fairly paced but dulls down halfway throughout the book only to pick up at the end. The plotline is intriguing, following the two star crossed lovers, Lyanna and Rafe, whose relationship is doomed to end up in tragedy. But beyond that, the story is much more complex and a greater force is at play when it comes to their destinies. The main characters are well developed, the love triangle played out well, but I needed a lot more on the romance aspect. The chemistry was there but I feel like it wasn't enough passion in their interactions. There were some twists of events that caught me by surprise and I thoroughly enjoyed how Cassi's presence throughout the story maintained the suspense and mystery. The book ends as it started with a dramatic and shocking scene that leaves room for a sequel and I'm looking forward to reading the next book in the series.*I received this arc from Netgalley in exchange for an honest review.
Etichete: 4 stars ARC Review Fantasy Kaitlyn Davis New Release Retelling Review Romance